Georgia in European top 20 for control of corruption 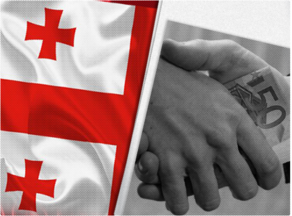 According to a World Bank study, among 189 countries, Georgia ranks 41st in the world and 19th in Europe when it comes to "corruption control." (In a study published on October 1, 2012, Georgia ranked 62nd in the world)

Georgia has already been included in the top 20 for the third time in a row. Georgia is ahead of 13 EU member states in the ranking, such as Spain, Italy, Poland, Malta, the Czech Republic, Latvia, Slovakia, Croatia, Hungary, Romania, Cyprus, Greece, and Bulgaria.

Corruption Control is assessed considering the use of power by the ruling forces for personal gain. The evaluation includes both low-level corruption and elite corruption. Georgia earned 74.04% of the 100% rating scale.

Georgia is the region leader, while only Estonia and Lithuania are ahead in the post-Soviet space.

According to the quality of regulation, Georgia ranked 27th in the world and 19th in Europe in the top 20. (In a study published on October 1, 2012, it ranked 39th in the world)

Quality of regulation is assessed by the state's ability to develop and implement reforms to build the private sector.

Georgia is at the historical maximum due to the "efficiency of the government."

Global governance indicators measure 214 countries and territories worldwide, including 186 member countries of the World Bank. The study covers the period from 1996 to 2019. (2019 included)