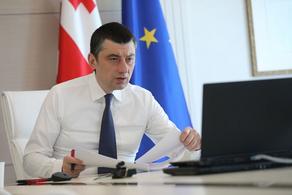 ''The Georgian government can specify safe tourist zones; namely, Tskaltubo, Gudauri, Sairme, Abastumani, Borjomi and others,'' Georgian Prime Minister Giorgi Gakharia said during the session held by the economic team of the government.

In his words, the Health Ministry will intensify control on Georgia's borders.

Gakharia says the resorts mentioned above were the ones for rehabilitation after respiratory diseases.

''Leading control points are necessary to resume tourism,'' he said, adding that the Health Ministry would start working on the assignment shortly.

The Georgian government will resume tourism in three phases that include meeting new requirements, intensification of the control of Georgia's visitors, and the development of a specific program that will be available shortly.

The government has allocated 60 million GEL to subsidy the loans the Georgian hotels pay.