Import of Azerbaijanian tea is increased 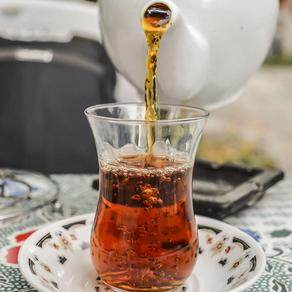 In January-April 2020, two hundred and fifty-two tons of tea were imported, which was 30.8% more than that of the last year.

According to the information requested by report.ge from State Statistics Department, in 2020, Georgia paid 1,555.8 thousand USD for 252 tons of Azerbaijanian tea, while last the last year, the country paid 1,189.2 GEL for194.7 tons of tea.

According to the data, tea is the tenth of the ten imported product groups from Azerbaijan. The import of oil carbonate, oil bitumen, and other oil processing materials is in the ninth position and equals 9,039.5 tons.

In the eighth position is 4,164.6 tons of crude oil received from bitumen minerals and oil products import. The Azerbaijanian concrete import is in seventh place. Despite that the import of the 2020 first quarter has decreased to 41.8%, it is still on the list of ten products. The columnal steel layers are in the sixth position among the Azerbaijanian imports, with 9,843.5 tons.

Three of the five most significant import volumes experience decrease. Oil gas, oil products, and electric energy import have decreased, while the import of machinery supplementary parts and copper has increased.

The ninth position in the ten biggest exports from Georgia to Azerbaijan is milk products, to be more exact, Georgia exported 360 tons of cream butter and milk fats of 2 million and 160 thousand GEL.

Another export product is 902.3 tons of frozen fish.

The export of cargo transport vehicles is decreased by 2.8% and is in seventh place.

According to the data requested by report.ge from the Statistics Department, the export of tobacco from Georgia to Azerbaijan increased by 342.8%.

The export of cars, meat, and nitrogen fertilizers has increased and is in fifth place.