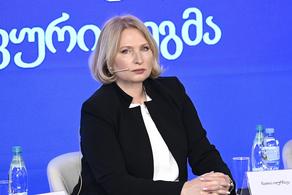 "The Tokyo Electric Power Company (TEPCO) has carried out investments in Georgia despite one of the worst downturns the world is now facing. This is the most massive direct investment by Japan in Georgia. Energy sector constitutes a priority and the top attractive sector for investors," Natia Turnava, the Minister of Economy and Sustainable development, declared at a briefing after the presentation of the anti-crisis plan.

TEPCO reportedly decided to invest in Georgia after learning that the country's sectoral policy was stable and beneficial. Georgia has proved to be the second country after Vietnam in the energy sector of which Japan has invested.

The Japanese company says that the Government of Georgia showed full readiness for strengthening the country's energy sector and attracting investments. "We were also pleasantly surprised by the job done by our private partners and everyone that have backed us despite the situation which we have all faced due to the global pandemic," the representatives of the company said.

It is noteworthy that the annual profit by the power stations owned by TEPCO totals 220 billion kWh, which is 17 times the amount of electricity annually consumed in Georgia. The powerhouse company has international branch offices in Washington, Columbia and London. It is a founding member of strategic consortiums related to energy innovation and research.