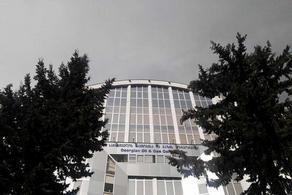 Advisor of the Oil and Gas Corporation of Georgia, Vazha Khidasheli, has responded to the US Congress member Mr. Malin's point of view regarding the Frontera Company.

Khidasheli says it is wrong to blame Georgia.

He says Frontera and Oil and Gas Corporation are involved in an arbitrary dispute regarding the commercial contract on the distribution of the production shares.

''We expect the arbitrary decision in the nearest future and act according to it,'' Khidasheli says, adding that the corporation refrains from interfering with the economic activity of the company.

As a reminder, the US congressman sent an open letter to the Georgian PM saying he is concerned as Georgia has deviated from the democratic values.

He is hopeful that the Georgian government will no longer be hostile to the US companies.

According to Malin, the US and European business interests were pressured in Georgia, for example, the Oil and Gas Company Frontera.