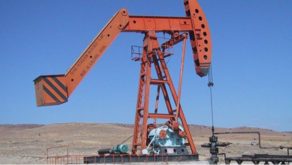 There are three types of oil extraction in Georgia, these are proven, probable and possible supplies. According to the State Agency of Oil and Gas, Georgia has pretty good amount of oil supplies. For example, the country owns 2.304 million tonnes of proven reserves, with the estimated stocks ranging from 5.700 million tonnes, and possible reserves to 32.7715 million tonnes.

There are 13 companies engaged in oil exploration and production in Georgia, which are licensed by the Georgian Oil and Gas Corporation.