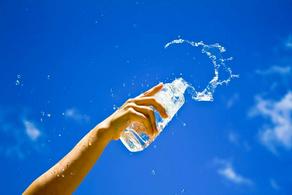 According to the information of the international research company Nielsenб the Georgian mineral water Borjomi has become a leader brand in Lietuva following its popularity in Latvia and Estonia. Borjomi is competing with such local mineral water brands as Neptunas, Akvile, Vytautas

Aushra Nasevich, General Director of IDS BORJOMI EUROPE, states that Borjomi maintains the serious position and the status of the favorite brand in all three Baltic countries.