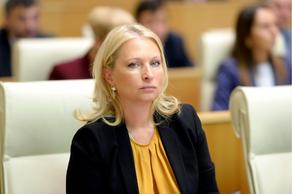 Natia Turnava, Minister of Economy and Sustainable Development of Georgia says the government has quite ambitious plans regarding privatization, including state-owned enterprises.

Turnava said that a real breakthrough is needed in a current situation in order for enterprises that have lost their function to be transferred to the private sector and create additional jobs.

Georgian Dream government raised less money from privatization in 9 months of 2019 than it did last year.

In 2020, the Georgian government will increase its privatization plan by 50%. According to the first version of next year's budget in 2020 the government expects to get GEL 120 million from privatization.