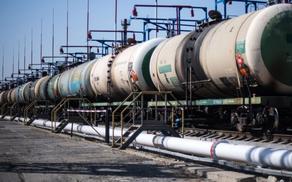 Saudi Arabia’s crude oil exports fell to their lowest: crude exports fell by 5.408 million barrels per day (bpd), while in April, it went down by 8.134 million bpd.

The country’s domestic refinery received around 2.295 mln barrels for procession, while crude oil supplies increased to around 134.085 mln barrels.

The country's GDP fell by 3% in the first quarter, a little lower than the official data.