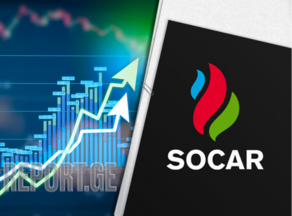 The State Oil Company of Azerbaijan (SOCAR) has become an exporter of Rosneft oil products to Ukraine. The contract has already been signed. SOCAR Trading's Swiss office will regulate fuel sales and relations with Ukraine. SOCAR Trading executives met with Proton Energy Group S.A., which had been distributing Rosneft's fuel in Ukraine until April of 2021.

The new operator does not rule out the start of supplies in May and says it has a quota of more than 100,000 tons of diesel fuel and 12,000 tons of liquefied natural gas.

SOCAR has announced that it will supply diesel fuel at a price of more than $ 30 per ton. However, no specific figures have been announced for liquefied natural gas due to a lack of interest in emergency supplies because of oversupply in the market.

SOCAR representation in Ukraine opened in 2008. In 2009, the company acquired a large oil depot in Svitanok, Odessa region.

The company also owns one of the Kalina Group oil depots. There are 63 petrol stations in the SOCAR network in Ukraine, including two oil bunker operators: Baku-1 in Kyiv and Ganja in Odesa. Since the end of 2016, SOCAR has been involved in the natural gas trade in Ukraine. Since 2017, SOCAR has also been the supplier of oil to the Kremenchuk oil refinery plant (Ukrtatnafta). In 2020, the trader sent 950 thousand tons of oil to the plant.