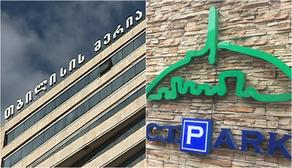 According to Irakli Khmaladze, the company is hired by the City Hall to negotiate with City Park, for this particular service the company is paid GEL 80,000 from the reserve fund. Khmaladze explains, that MG has completed the first part of negotiations and the City Hall will need to re-hire them.