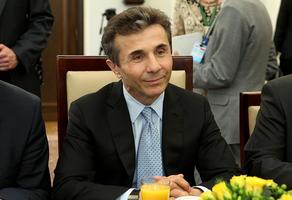 The Georgian Dream ruling party leader, Bidzina Ivanishvili's wealth has increased from 5.05 billion to 5.12 billion USD according to the Bloomberg ranking.

From the monthly point of view, his wealth has not changed, while it decreased by 350 million USD on an annual basis.

It means that Bidzina Ivanishvili's wealth has decreased by 6.4%.

Following the index, Ivanishvili's wealth rate was highest in 2013, as it included 6.40 billion USD.

Bidzina Ivanishvili, the only Georgian on the Bloomberg wealthiest people list is 225th among 500 ones.

He transferred 100 million GEL in the StopCov fund, aiming to combat the novel coronavirus.