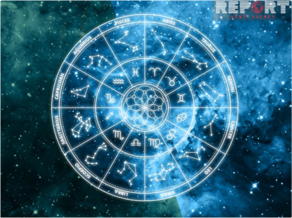 An issue that has kept you on your toes for much of this year may surface again now, just when you have so much to get on with.

You’re going through a process that leads to greater growth and self-understanding, and this matter is part of it.

Reach for a solution Aries, and it will appear just when you need it.

On a festive note, a call from someone faraway could boost your mood.

The holidays may find you scrambling to get things organized, and dealing with matters that take you out of your comfort zone.

Yet with two heavyweight planets angling towards each other, your reputation and standing could be enhanced if you make a wise move. This might mean taking a path that no-one has yet tried.

It will be a bold decision, but the right one, Taurus.

You’ll realize by now that your old beliefs will never get you where you want to be. It’s time to adopt new ones, but which, Gemini?

Over the past months you may have experimented with various ideas and philosophies that have helped to an extent. But what you’re really looking for is something fresh that speaks to your heart, and truly empowers you to go out there and flourish.

Have a challenge ongoing? It may be tempting to freeze and hope that it goes away by itself. It won’t do!

The current Saturn/Uranus angle suggests you might need to tune into a new way of thinking that can assist you in taking things to the next level.

It also helps to understand what motivates you, as this could be key to turning any failings into successes, and powering through.

At odds with someone? If they are stubbornly ignoring your suggestions, the last thing you want to do is keep trying, as they may become immovable, like a rock.

You’ll have to lead by example Leo, and be the change you want to see. Eventually they’ll come round to your way of thinking, not by congratulating you on your success, but by copying what you do and never mentioning it.

While you may be forging ahead with preparations for the holidays, you could experience some frustration in other areas that sets you back, and might be a cause of background tension.

If you’re unhappy with a job or other aspect of your life, it’s time to take action, Virgo.

Set the intention, even if you can’t do much now. Have a goal or outcome in mind, and make that your top priority.

If you can think it, you can create it, unless you have a block, which is a possibility. No matter what you try, it may be difficult to stop overthinking and let the creative process flow.

This could apply to a project, starting a new business, or to anything that requires your personal input.

You need to get out of your head and make a move. Once you get going, you’ll really surprise yourself.

While you may want harmony and peace to reign, especially over coming days, you can find it hard to stay on the same page as another. This might be a friend or a family member, but they could live on Mars as far as you’re concerned, as they just don’t seem to get it.

Perhaps the only way to survive the coming days is to sidestep edgy issues altogether, just for now, Scorpio.

Don’t be too perturbed if something you’re trying to get done isn’t happening. If you focus on this and let it get to you, it could spoil the festive break.

Besides, with Mars in your sign, you’ll find it hard to knuckle down to anything that requires commitment.

Some quiet time might inspire a flow of ideas that make light work of this. For now, enjoy the holidays and relax.

Do you feel less productive? If so, it may be down to outside circumstances that could trigger deep-seated feelings, and seem to get in the way of you making a move.

Don’t fight them, Capricorn, just let them move through you and they will leave, allowing for greater clarity.

You might also be responding to a natural need to unwind and the anticipation of a few days’ rest.

It might seem easier to placate another than confront them with the truth.

However, a key influence involving Saturn in your sign suggests that if you’re honest, a relationship may change for the better.

Perhaps you both want the same thing, but are coming at it from different angles.

Wondering about a festive get-together? It could turn out to be really great, Aquarius.

Consider paying attention to those subtle intuitions, as they may gift you with insights into a personal issue you’ve been seeking to resolve for some time.

Now and over coming days, a dream or revelation might reassure you that you can sort this out successfully.

Busy with last-minute holiday arrangements? It’s okay to delegate. Getting others involved is part of the fun.