NASA to Search for Second Earth beyond the Solar System 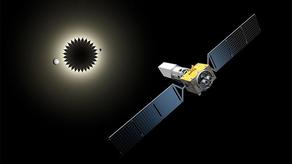 National Aeronautics and Space Administration (NASA) works to create a telescope to enable the search for and characterization of Earth-like exoplanets around them.

Ohio State University professor Scott Gaudi says that the number and scale of natural catastrophes served the trigger to search for another living place for humans. Aiming at it, NASA presented an idea of the telescope,which would block the light from target stars and enable the search for and characterization of Earth-like exoplanets beyond the Solar System.

“Our goal is to see if we can find a planet that is similar to Earth — one that can support life. While we’ve identified a number of planets outside our Solar System, so far, none have conclusively been shown to have the elements necessary for habitability. The HabEx mission would be the next logical step in the search for planets similar to our Earth.” – said the Scott Gaudi

HabEx would have a mirror to be used in conjunction with a starshade to search the skies for light from other planets.