5 people poisoned by gas were discharged from the clinic 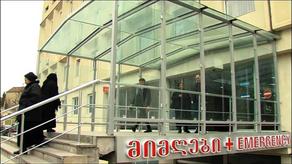 Five people poisoned by gas in Casino in Tbilisi were discharged from the hospital. All five of them needed medical intervention. According to doctors their condition is satisfactory.

According to a statement released by Tbilisi Energy, NCC damaged a medium-pressure gas pipeline while working on Khizanishvili Street in Gldani District. As a result, 350 customers were cut off the gas supply. The emergency team stopped the gas supply for safety reasons. The buildings nearby were also inspected for safety reasons. The inspection revealed that due to pipe damage, gas was pumped into the casino Bethlehem and the pharmacy Pharmadepot through the ventilation channels. Patrol police evacuated people from the buildings.