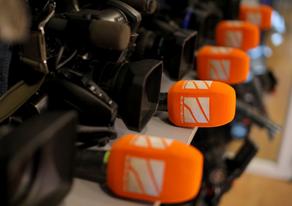 Tbilisi City Court has accepted Davit Dvali and Jarji Akimidze lawsuit against Kibar Khalvashi and has seized 60% of Rustavi 2.

“They called me from the Court, the day started well. We have news on Rustavi 2 case.

1. A lawsuit by Akimidze and Dvali has been received;

2. Our petition was upheld and 60% of Rustavi 2 shares were seized”, writes Kojoridze on his social media page.

According to Jarji Akamidze the decision of the court was was unexpected.