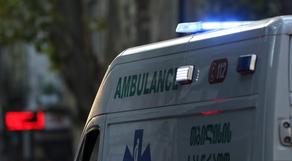 A middle-aged couple allegedly died by natural gas in Rustavi.

Reportedly, the family rented the apartment.

According to the Ministry of Internal Affairs, the investigation launched under the first part of Article 240 of the Criminal Code of Georgia, which implies breach of safety norms during the placement, design, construction or operation of electricity or heat, gas, oil or petroleum products, followed by less severe or severe damage to health.

The crime is punishable by imprisonment for the term of six to ten years, with deprivation of the right to hold office or work for the time of up to three years.