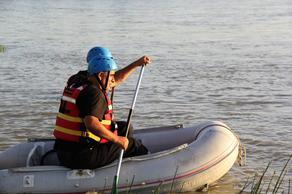 According to the Emergency Management Agency, rescuers have found a schoolboy's body in Shaori lake, Georgia's Racha region.

The deceased minor has already been identified. He reportedly slipped and fell into the lake when trying to have his photo taken on an excursion with classmates.

The late teenager's body has already been transported to Kutaisi for autopsy.