Brother of Visuri Mutoshvili, killed in Pankisi sentenced to imprisonment 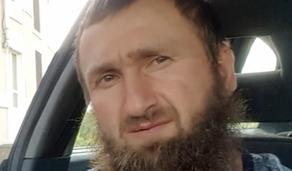 Shmagi Mutoshvili, the brother of Visuri Mutoshvili, who was killed in the Pankisi gorge, was sentenced to 4.5 years in prison by the Telavi District Court.

Mutoshvili was charged with three counts, of which the court found him guilty only of one count of carrying a weapon illegally. In the other two charges - the illegal purchase-storage of firearms and attempted premeditated murder the court acquitted him.

The dissatisfaction of the Mutoshvili family followed the verdict. The lawyer will appeal the judge's decision in the Court of Appeals.

Shmagi Mutoshvili was arrested last year after an incident in the village of Duisi in the Pankisi Gorge, during which the house of Murad Kavtarashvili, the person involved in the murder of Visuri Mutoshvili, was shot. Mutoshvili has been in pre-trial detention since September last year.