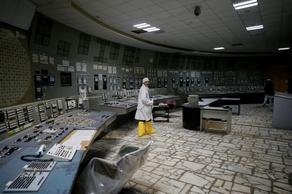 The Chernobyl reactor control room is now open for all. Ukraine officially announced Chernobyl as the tourist sight-seeing in June, 2019 but the country government has decided to open the control room.

Reports say the radiation level is 40,000 times high than it should be.

To ensure visitors' safety, anyone who enters the room will have to wear a hazmat suit, helmet, mask, and industrial boots.

The visitors will also be screened twice for radiation after their tour, which lasts five minutes.

The Ukrainian government plans to construct the new tourist paths and towers in Chernobyl.

The control room was featured prominently in the HBO series "Chernobyl," which won 10 Emmys.

Major spikes in demand for Chernobyl tours were reported after the series came out in May.

Approximately 85,000 visitors have already been observed in the banned zone.