CO poisoning and gas-related deaths on the rise in Georgia 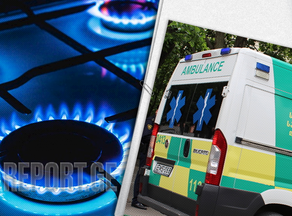 The Tbilisi Energy Company calls upon the public for taking precautionary measures in dealing with gas appliances.

At today's briefing, the representatives of the company said that gas poisoning instances and gas-related CO deaths have increased in Georgia. A total of 23 similar cases (three fatal) have been recorded in Tbilisi.

The city saw 150 gas-related CO deaths and deaths resulting from negligence between 2015 and 2020.

''Total defiance of safety rules have resulted in nearly daily cases of deaths for the last three weeks. Among them are cases of CO poisoning and fatalities,'' Tbilisi Energy Company statement reads.

The Tbilisi Energy Company advises citizens to call 144 as soon as they smell gas.