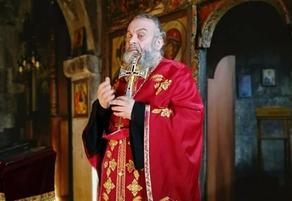 Deacon Tadeoz Saralidze asks for forgiveness in his letter published by the Public Relations Service of the Patriarchate.

The letter says that the deacon seeks forgiveness for his improper sermon, which was spread on social media and sparked a massive public outcry. As the letter reads, the sermon was 'socially and pedagogically' inappropriate.

In his Sunday sermon, deacon Tadeoz Saralidze said that it is better for a child to die than become a good-for-nothing loser or an unsuccessful sportsman.