Energy Ombudsman on blast in apartment 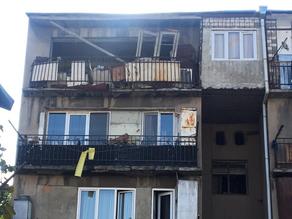 “The first photographs we got from the site allow us to say that there was a very old heater, as well as a very old gas stove in the house and no instructions were followed while installing the pipes”, The Energy Ombudsman told report.ge.

An explosion occurred in an apartment building on Tevdore Mghvdeli Street in Tbilisi on October 28, which resulted in collapsing the fifth floor of the building.

One person was injured.

The MIA has launched an investigation.