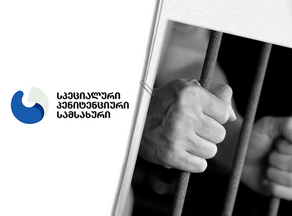 Earlier, Georgian media outlets said that Nika Melia did not have the right to call from prison.

The authority noted that Melia was not allowed to make calls only for the first two days after his detention.

Starting February 25, he can enjoy phone calls, the service states.

“However, he has not yet requested to make a phone call,” the office said in a statement.