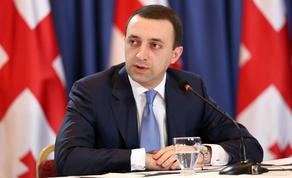 Georgian first player Nikoloz Basilashvili has defeated one of the greatest tennis players of all time, Roger Federer.