Giorgi Gakharia: We will not allow anyone to provoke controversy on religious grounds 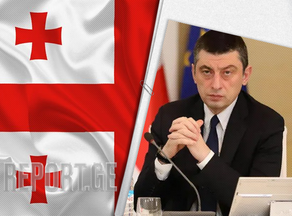 "We will not allow anyone to provoke or facilitate a confrontation between citizens on religious grounds," Prime Minister Giorgi Gakharia said.

According to the head of the government, everyone should understand that the government of Georgia was and will be a guarantor for the fulfillment of the constitutional rights of every citizen.