Health condition of the wounded near Bassiani club 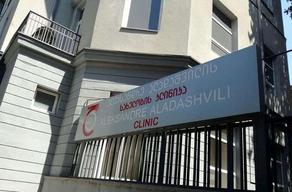 The wounded at the entrance of the Bassiani club discharged from the hospital.

According to the doctor, their health condition is satisfactory, and it is possible to continue the treatment at home. Kakha Bukia stated that both of them suffered injuries with the same type of bullet.

The detainee, in connection with the incident near the Bassiani club, will be officially charged today. The detainee refused to hire a lawyer.

A man opened fire at the entrance of the Bassiani club on January 12. According to witnesses, the man started shooting after he was not allowed to enter the club.

As for the wounded, the two needed surgery operations, but their health condition is satisfactory.