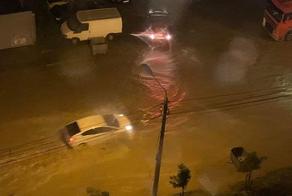 Heavy rains have caused major flooding over parts of Georgia. Some Didi Dighomi streets were reported to be flooded, with vehicles in the streets swept away.

The photos and videos featuring the Tbilisi area affected by flooding have been released on social media.