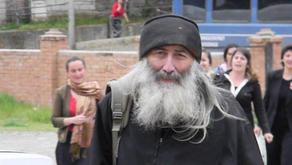 Some followers of Father Nikoloz think that journalists deserved beating since they prevented them from singing prayers.

The investigation into the case has been launched under articles 126, 154 and 187 envisaging violent crimes, unlawfully preventing journalists from performing their professional duties and damaging or destroying other's property.

Interestingly, Monk Nikoloz (Nariman Makarashvili) was excommunicated by the Orthodox Church of Georgia; however, the parish still gather outside his house and sing prayers to him, since they think that the monk is a saint capable of working miracles.