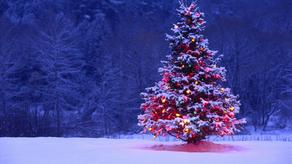 The New Year Campaign called "Decorate, Don't Cut" has been launched, with it aiming to prevent cutting coniferous trees and raise public awareness.

The Environmental Information and Education Centre has launched the campaign for the fourth time now.

Within the framework of the campaign, Director of the Centre Tamar Aladashvili met with representatives of media and talked about the importance, objectives of the campaign and current or planned activities.

The "Decorate, Don't Cut" Campaign was opened by media representatives, who symbolically decorated a New Year tree and called upon the public to join the campaign.

Those involved in the campaign will have the opportunity to choose the location in both Tbilisi and regions to decorate a New Year tree.