Rescuers transported the injured from Juta by helicopter

Rescuers transported the injured from Juta by helicopter 13 October, 2019  21:46 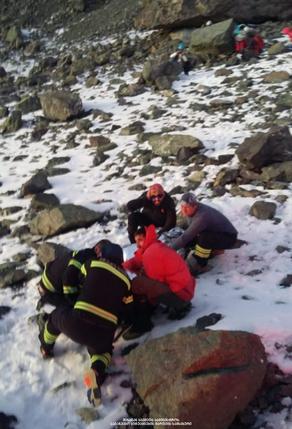 Two citizens of Georgia got injured climbing a mountain in the village of Juta, Stefantsminda region. The Ministry of Internal Affairs reports that the rescuers were sent in support.

“The accident happened on the territory of Chaukhebi when the citizens were climbing the top of a mountain. Due to the landscape of difficult access and the condition of the climbers, the helicopter was used for the transportation.” – the announcement reads

The Rapid Reaction Group of the Ministry of Internal Affairs was sent to help the injured. The rescuers delivered them to Tbilisi. They are placed in the hospital.