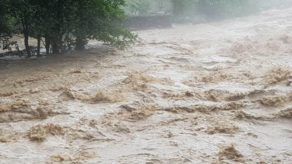 The water level has increased in River Mestiachala that was followed by sudden surges in the ravine of HPP Mestiachala 1.

Svaneti Hydro Company has released information on the problems caused by the flood saying the area of Mestiachala 1 has been flooded but the HPP itself has not been seriously affected.

As the company reports the HPP will resume operation after cleaning efforts are made.

According to Svaneti Hydro the hydro power plant has protected the settled areas from being flooded.

‘The natural disaster has not reached to Mestiachala 2 HPP and adjacent area,’ the company has declared.

The detailed study of the flooded HPP area will be carried out shortly.