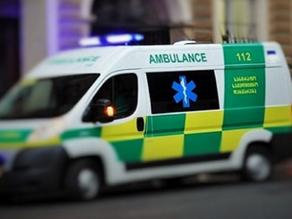 Seven students have got intoxicated in the village of Lambalo, Sagarejo Municipality, Georgia.

The sixth-form pupils bought a cake and lemonade in the market near the school. They say they felt bad after they ate the food.

The school administration called in the emergency brigade and the affected children were hospitalized.

Doctors say those hospitalized were provided with medical treatment and were recharged. They are all well.