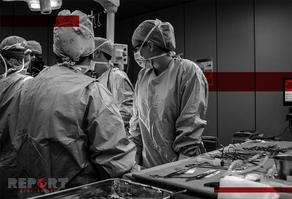 A 15-year old teenager wounded by a pedestrian in Gldani has undergone the third operation; however, his condition is still stably critical. As the doctors inform, the patient is connected to a mechanical ventilator.

On Oct 15, in the vicinity of Metro Akhmeteli Theatre, a minor was wounded. According to existing information, the adolescent was wounded by an intoxicated male pedestrian, who was detained on the spot and was sentenced to imprisonment.

The investigation is underway, with the offender being charged with attempted murder under aggravated circumstances.