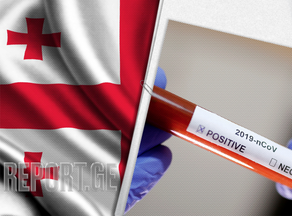 Georgia's Lugar Centre has detected the British variant of coronavirus in four samples, according to the Main Channel.

The Disease Control Center has not released this information, and Report News Agency reached out to the NCDC Press Service for further details.

Paata Imnadze, the deputy director of the NCDC, said that some suspicious cases had been detected, but he failed to specify whether it was the new variant of the novel virus.

In Imnadze's words, the old and new variants do not differ considerably, and people should not be scared.

A new variant of the novel coronavirus has been found in the United Kingdom. The WHO says that it is more contagious than the already existed virus.

All direct flights between the European countries and England have been canceled over the new strain of the novel coronavirus.

British Prime Minister Boris Johnson broke the news Saturday that London and Southeast England will go into restrictions Sunday. Jonson also said that the new strain of coronavirus "may be up to 70% more transmissible than the original version of the disease.”