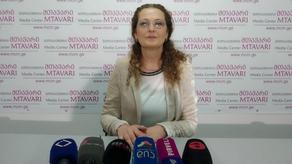 The supporting rally of Vazha Gaprindashvili, a doctor detained by the de facto regime, will be held on December 29. The family of the detained doctor released the statement.

"This will be a big and important signal, and the entire world will hear us! Our signal will be heard by patients and doctors, including Ossetian doctors and patients. We are separated from them for now because of misunderstanding. This signal will also be a signal of hope that miracles do happen, and sometimes people make them happen themselves, but for this, we need a joint effort," reads the statement.