Weather forecast in Georgia before the end of the year 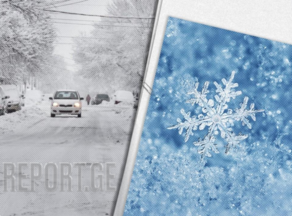 It should be noted that in Shida Kartli, on the night of December 24, the temperature will drop to -10 degrees.

Snow and frost are expected in the high mountains until December 24-31. The temperature will drop to -19, -10 degrees at night, and -8, -2 degrees in the daytime.