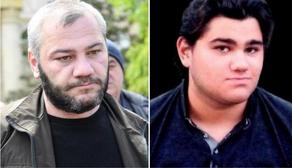 Zaza Saralidze, the father of underage Datuna Saralidze, killed on Khorava street, says that he wants his son's murderers to be released from prison.

''I want to address the president personally with the request that my son's murderers be released from jail. I want them to apply all leverages to do so. How long they will be behind bars changes nothing for me. I want them to be allowed to walk on this earth and tell everyone the truth. The fact that they committed this crime is already enough for them to feel bad about themselves. I require that they be released as Zaza Saralidze lives on this earth to push everyone to kindness. I have no right to do so if I call my son's murderer's murderers. I want them to free that boy rather than sentence him. Murderers are no longer important to me. The truth has been told. Zaza Saralidze has proved Dato Saralidze's truth,'' Zaza Saralidze said in the Reaktsia (Reaction) talk show.