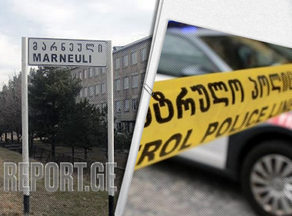 An armed attack took place in the village of Kizilajlo, Marneuli.

According to locals, about ten people broke into the junkyard and physically assaulted the staff. The attackers took the money from the staff, locked them in the booth, and set the building on fire. The victims were found in the morning.

As the Ministry of Internal Affairs told report.ge, the case is being investigated under Articles 187, 153, and 179 of the Criminal Code of Georgia, which stipulate robbery, damage or destruction of property, and illegal deprivation of liberty.