'He bound our hands and put us in the car': hostage remembers Zugdidi crime details 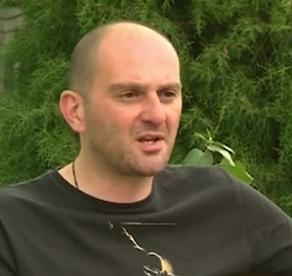 "The captor turned to us, asking who was accompanying him, and we offered ourselves since others were women," Lasha Shengelia, the hostage, who was freed last, remembers yesterday's crime in Zugdidi.

"He took very well-thought-out steps and did not talk much; he just told us what to do. Mr. Avto Galdava managed to ease tensions. The assailant was immensely upset when he noticed the heavy equipment, and we found ourselves in a difficult situation.

He committed no violence whatsoever; he just turned to us, asking who was accompanying him, and we offered ourselves since others were women. He needed three more hostages besides Mr. Galdava. He bound our hands and put us in the car. One hostage was at the wheel; the captor himself sat next to me; the other hostage with the second name Bulia sat beside me also, and next to him was Mr. Avto Galdava. The assailant was not sure where to go. First, he instructed the driver to head to Tsalenjikha but changed his mind later. He regularly looked behind to find out whether he was chased, but Mr. Galdava assured him that no one was after us, and everything would go well," the hostage told Rustavi 2 TV.