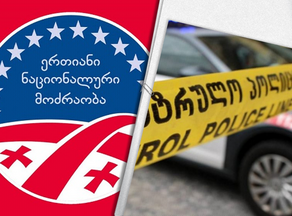 The Ministry of Internal Affairs has launched an investigation into the raid on the UNM Samgori office.

As the agency told report.ge, the investigation into the incident launched under Article 187 of the Criminal Code of Georgia, which stipulates damage or destruction of another's property.

The election headquarters of Levan Khabeishvili, a majoritarian MP of the United National Movement, got raided late last night. The incident took place at around 2 pm in an African settlement. The politician published the information on his social network.