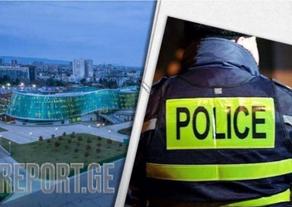 The Ministry of Internal Affairs of Georgia has released a statement on the Bank of Georgia attack.

''The Ministry of Internal Affairs has detained a man, identified only as N.Ts. (DOB 1993), on the charges of raiding a Bank of Georgia branch in the vicinity of the Avlabari Metro Station Tbilisi, taking hostages, and illegally storing and owning a rifle.

Representatives of the corresponding police departments and police officers immediately arrived at the scene and launched investigative activities.

After negotiations between the representatives of the MIA and the assailant, the hostages were gradually released, and offender N.Ts detained. Nobody has been injured in the incident,'' the statement reads.