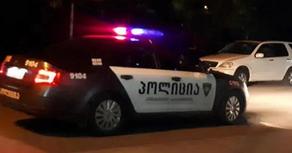 There are new details about the murder in the village of Mukhrani, Mtskheta Municipality.

Neighbors do not rule out that the reason may be sexual violence. According to reports, the man has been sexually abusing his son's wife for years, which is why his grandson, who has just been released from prison, took revenge on him.

According to neighbors, the young man has been convicted of murder in the past. He got released from prison a few days ago.