One person arrested in Tbilisi for attacking a lesbian couple 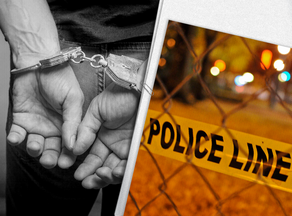 Officers of the Patrol Police Department of the Ministry of Internal Affairs, as a result of operative and investigative actions, arrested O.I., born in 1984, in Tbilisi for threatening, coercing, and unauthorized access to a computer system.

As report.ge was informed by the Ministry of Internal Affairs, the investigation established that on April 20 of the current year, O.I. threatened K.E., born in 1984, and N.U., born in 1989, with health damage. Also, the detainee forcibly took away one of the victim's phones.

The investigation is underway under Articles 151, 150, and 284 of the Criminal Code of Georgia, which refer to threats, coercion, and unauthorized access to a computer system.

Tbilisi Pride reported on the incident yesterday. According to the information, a lesbian couple in Tbilisi was attacked in the presence of a small child on homophobic grounds. The statement from the organization describes the details of the crime. Tbilisi Pride calls on the Ministry of Internal Affairs to identify signs of hate crimes; Investigate the case with appropriate knowledge and sensitivity to avoid secondary victimization of victims, including minors; To ensure the physical safety of victims. Exercise effective oversight of the investigation process and ensure that signs of homophobic hate crime are identified.