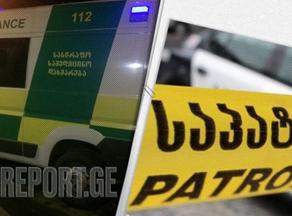 A young man was wounded in the village of Karajala, Lagodekhi Municipality.

According to reports, the young man was shot by a fellow villager.

The injured were taken to Lagodekhi clinic by the ambulance team. According to doctors, his health condition is severe but stable.

What became the cause of the controversy is unknown.

An investigation has been launched into the incident under intentional grievous bodily harm.