Azerbaijan, Russia only countries to which Georgia exports buckwheat this year

Azerbaijan, Russia only countries to which Georgia exports buckwheat 4 May, 2021  18:47 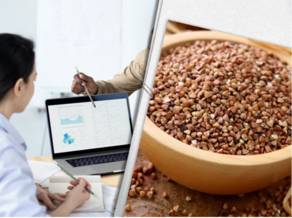 This year, Georgia has so far sold buckwheat in Azerbaijan only and reexported it to Russia. In January and March 2021, Georgia exported 0.2 tons of buckwheat (customs code 1008), panic grass, and other grains worth $0.9 thousand.

Georgia reexported buckwheat to Russia only in January and March of 2021. The reexported amounts are less than a ton (or $1,000), which is why the National Statistics Office has left its precise amounts undetermined.

Russia provides Georgia will nearly all its buckwheat, and 99.9% of Georgia's buckwheat is of Russian origin.

In the first three months of the current year, Georgia purchased $701,700 buckwheat, out of which $701,400 products were imported from Russia.