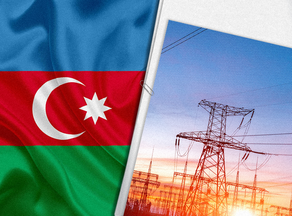 ''Power imports from Azerbaijan poses an alternative especially for the power imported from Russia,'' Georgian Minister of Economy Natia Turnava stated in response to reporters' question on importing power from Azerbaijan via mediator company.

In her words, the import value decreases gradually.

"Due to the reforms, conducted by our government, we managed to be able to import energy from any of our neighbors as none of them is dominant, especially our northern neighbor unlike 2012, when we received 90% of power from Russia and Georgia depended on it,'' Georgian Economic Minister Natia Turnava said today.

''Azerbaijani power imports pose an alternative of Russian electricity, and as for Ucha Mamatsashvili, he has nothing in common with the issue,'' Turnava stated.

''Currently, we enjoy a choice between different countries, including Azerbaijan. Imports from Azerbaijan play an essential role as an alternative,'' she said, adding that Georgia buys power from Turkey, Russia, and Armenia if needed.

Turnava said this information is not valid as Mamatsashvili has nothing to do with the imports.