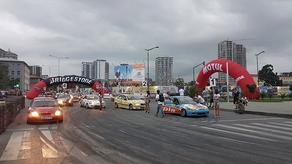 Excise tax on sports cars may be reduced to 100 GEL. The relevant legislative initiative is being discussed by the Finance and Budget Committee today. According to the authors of the law the goal is to develop motor sport. If the Parliament approves this initiative, the athletes will be able to custom clear the sports car for only GEL 100.

Changes will be made to imported Japanese right-hand vehicles. The custom clearance of these cars had been 3 times more expensive in 2016. Following this restriction the number of sports cars registered decreased from 115 to 37.

Until 2016, customs clearance of sports cars varied from 2 thousand to 15 thousand GEL.

According to Mamuka Mdinaradze the new benefits apply to sports cars that are not used in everyday life. Corresponding amendments are reflected in the Tax Code, which was prepared by Deputies Mamuka Mdinaradze, Kakha Kuchava and Mikheil Kavelashvili.

Georgian Auto Sport Federation, as a member of International Motor Sport Federation (FIA), issues drivers' license annually, which gives people the right to participate in racing championships. According to the organization, 96 licenses were issued in 2016, 78 in 2017, 56 in 2018.

This year 40 licenses have been issued. In 2014-2016 the average motor sports car park consisted of 115 sports cars, since 2017 the number has decreased significantly and as of 2019 there are only 37 sports cars left.

According to Georgian Auto Sport Federation the decline is the result of the number of damaged cars during the racing incidents which due to the increase in customs clearance can not be replaced.

Today the customs duty on one sport car is 300 GEL.