Exports from Georgia to the EU increased by 25% 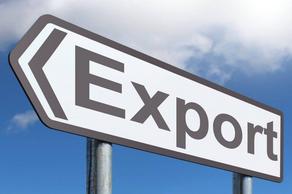 In January-August 2019, 571.1 million euros production was exported from Georgia to EU countries, which is 25.3 percent higher than the previous year, and made up 23.7 percent of the country's total exports.

Trade turnover with EU countries reaches 2 050.2 million USD, which is decreased by 3.7 percent compared to the previous year.

As for the trade deficit, its share in the total negative trade balance in January-August 2019 was 27.5 percent.

In January-August 2019, Georgia exported 1 274.0 million USD worth goods to the CIS countries which is 24.2 percent higher than in the previous year and is 52.8 percent of the total exports of the country.

Trade turnover with CIS countries reached 2 768.1 million USD, which is 0.3 percent lower than in the previous year.

As for the trade deficit, in January-August 2019, its share of total negative trade balance was 6.7 percent.

The information is published by the National Statistics Office of Georgia.