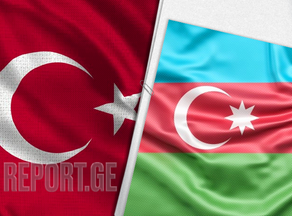 An agreement got signed within the framework of the Azerbaijani-Turkish Business Forum between Beteks, a subsidiary of the Baku Textile Factory, and Koçaklar Textil, a Turkish company.

As Sakina Babayeva, the Baku Textile Factory director, explains, under this agreement, Azerbaijan and Turkey will open four joint ventures.

"The total investment cost of the projects is $ 15 million. A total of 720 people will be employed. Companies of both countries have an equal share of investments. Two of the four enterprises created with Azerbaijani-Turkish investment will be built within the next six months, and two next year," Babayeva said.

Within the framework of the Azerbaijani-Turkish business forum held on February 18, Sakina Babayeva, as the Chairperson of the Board of the Association for the Development of Women Entrepreneurship in Azerbaijan, signed a joint document with the Turkish International Investment and Business Confederation.

"This is the first step for cooperation between the two organizations. The Turkish International Investment and Business Confederation have representatives in 167 countries. The confederation will help sell products made by Azerbaijani women abroad," she added.